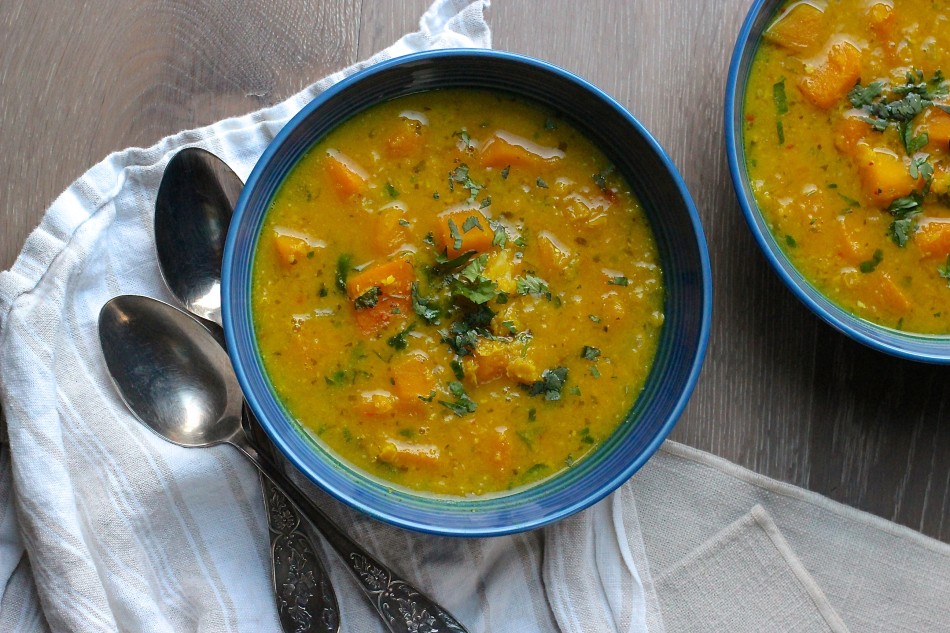 This soup has been simmering on my stove about a half a dozen times now. Substantial and hearty in all the much-needed ways a soup should be, especially this time of year — and fully capable of taking away those winter blahs. It’s been something I’ve been meaning to share, yet needed to take a long moment of pause just before 2016 came rolling in. You know how life sometimes has you going off the beaten path? Yeah, that.

School stuff, medical stuff and a whole bunch of other stuff had this Mama needing to unwind a bit from an intense couple of months. I’m learning to embrace a enjoy living in the moment mentality.

Have you seen Grease Live? (I must have seen the original twenty times and wish I kept the vinyl.) Saw it twice already. I remember begging my Mom as a kid for Sandy’s shiny skin-tight pants so I can be as cool as her, but no, that never happened… too bad I already had the hair (!). 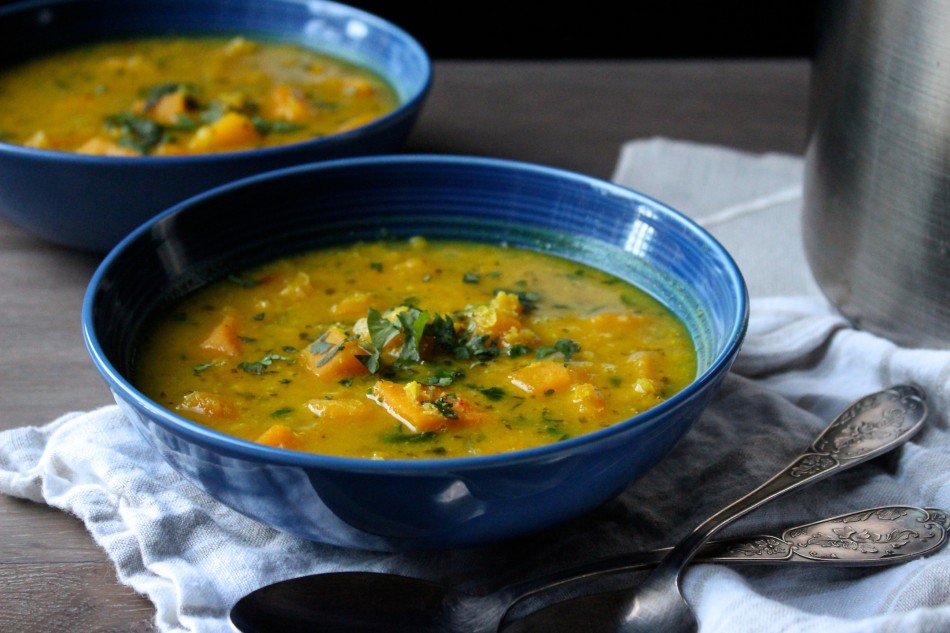 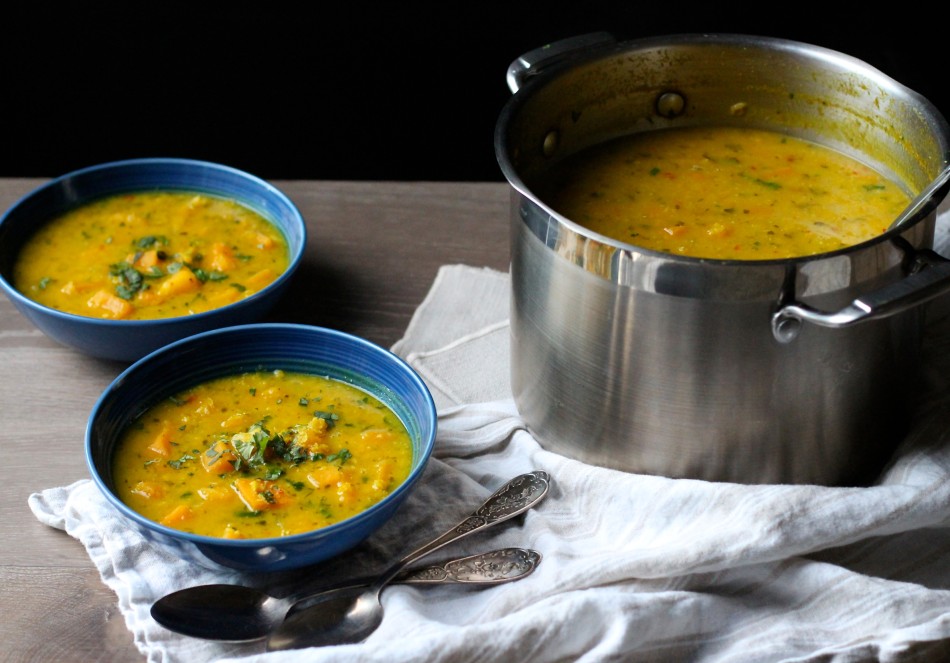 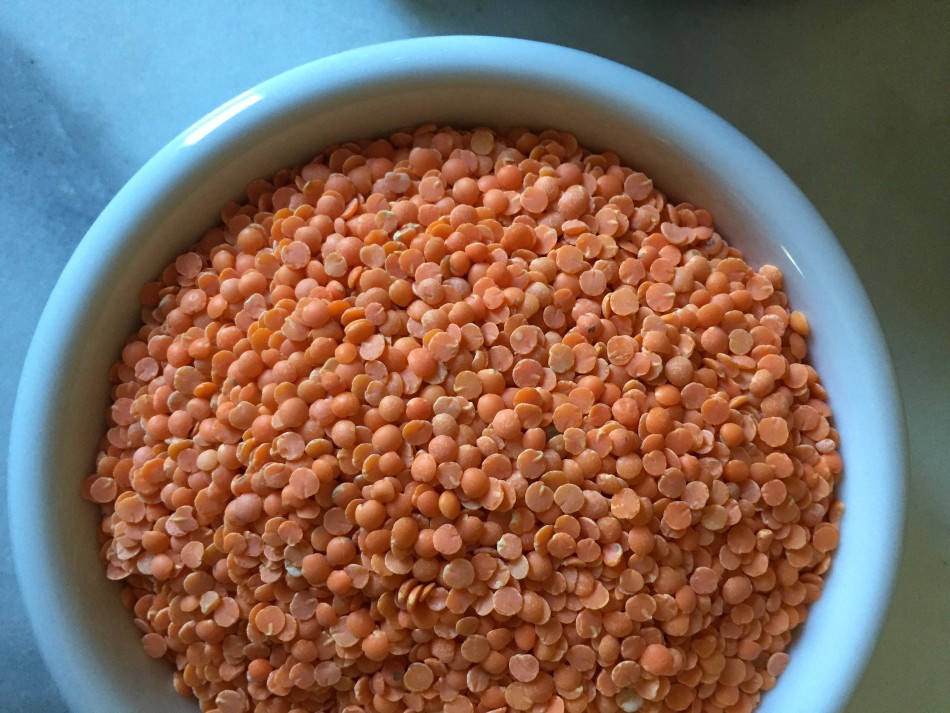 I’m also reading Anne Lamott’s Small Victories: Spotting Improbable Moments of Grace, as well as flipping through my new stack of cookbooks for some new food vibes (NOPI – Ottolenghi’s Middle Eastern, Hartwood – Yucatán, Mexico, Balaboosta – Middle Eastern, At home in the whole food kitchen – Vegetarian, and Simple Thai food – Thai). I want to explore different cultures this year. Small Victories is a good read about perspective and how to see victories even in hardships – something I’m definitely holding onto and working on keeping in view this year.

Also, want this year to be about new ingredients that pack a nutritional punch and new techniques (did also get the Food Lab cookbook filled with loads of techniques and answers to all the whys in the kitchen while entertaining my geeky food science side). Not one to make resolutions, per se, more like aspirations. Resolutions stress me out; when I did make them, ages ago, all I would think about was the restriction, nothing else.

So! About this soup.

I’ve used powdered turmeric for years, but never traveled over to the fresh knobs in the produce aisle, so I had no clue how to use it. Searching using fresh turmeric – my new ingredient, I came across Jamie Oliver’s chicken laksa. His recipe looked delicious, but I had a meat-free soup in mind this time around. I added red lentils for protein and left out the rice noodles since I didn’t have any, and even so, I can’t imagine both in one soup. Maybe, if my metabolism would let me.

I should tell you, even without noodles it is quite filling and has plenty of character.

Fresh turmeric has a more pungent flavor – earthy with a little bitterness to it. Nothing to rave about on its’ own but with the round up of ingredients in here it goes from eww, what is that to ooh, I like that. More on fresh vs. dried here. Red lentils do not hold shape as well as green, black or brown lentils, but that was the point with this soup; perfect for thickening soups, stews, curries or dal while adding a good source of protein. They are also sweeter than green and brown lentils – not to be confused with red split peas – and can be found in health food stores these days, in addition to Indian or Middle Eastern markets.

There are many layers to this soup to satisfy your taste buds … first with butternut squash then ginger, chili, turmeric, and lime coming through all at once, followed by some maple sweetness with a whole bunch of chunky lentil soup goodness. It’s just heavenly.

The other ingredients in the long, but not-to-be-dismissed list round out the soup flavor – you don’t really notice they’re there, but when taken out it just isn’t the same, you know? The tropical-ness flavor of coconut doesn’t lend itself much in the soup, rather more for creaminess. If you don’t care for garlic you can certainly do without – though it doesn’t really give any “garlicky” flavor to the soup. I add it in for the anti-bacterial properties because, heck, why not?

Stay warm and get your soup on. Enjoy. 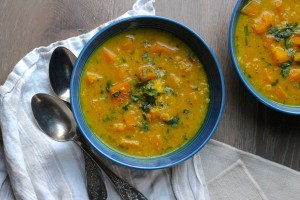 Save Print
Prep time
20 mins
Cook time
50 mins
Total time
1 hour 10 mins
A hearty enough winter soup to serve as a meal that is both satisfying and flavorful without much fuss. Flavors are heightened after a day or two, making this a good make-ahead meal. Freezer friendly too.
Jessica: From Jessica's Kitchen
Recipe type: soup
Serves: serves 12-14
Ingredients
Preparation
3.4.3177